Taking a Moral Stance on Cannabis

As with every issue, there is a group with serious concerns about marijuana, medical or otherwise. We call this group, the “moral” group, not because they are right but rather due to the fact their opinion is usually based on a religious experiences or strongly held personal beliefs. 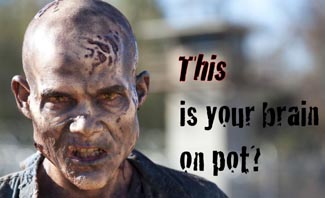 Early history suggests that fear plays a large part in the development of this groups position, rather than science or knowledge.

Limited historical information is available pre-1920’s; though it is well known herbal medicine was widely used and cannabis was popular in many “medicines” of the time.

The 1920’s prohibitionist era and it’s attempt to rid the country of the “morally corrupt” substances lumped marijuana in with hard drugs because it was associated with unknowns they feared.

During the same time the Depression was starting to set in and people were looking for somewhere to place the blame.

Many who oppose marijuana do so based on a belief or personal reason. For some, it’s effects of euphoria go against the code of a sober life. For others, the opinion of the FDA is enough. Views are developed based on experience, education, and environment.

For those who have a belief in a sober life as a moral/life code and those who will not respect it’s medical value until the FDA does marijuana is a “bad” thing, a “drug”, an “illegal substance”, or a scourge on society represent the opposition to legalization.

Those who oppose marijuana due to a personal experience often will be considered to have the most credibility. In this group, when asked why they oppose marijuana, they share a story. Usually the story is about a person who hurt them. In general, looking for something to blame rather than accepting the truth that the blame lies with the person who’s behavior is unacceptable.

Often opponents of marijuana fear how it will change society. They don’t want “bad” things available or seen by the impressionable youth on main street. They believe in government oversight, they approve of government regulation, local and big government. This group has a much larger representation of people who believe in Uncle Sam or Big Brother as a guide to keep citizens moral, respectable, and meek.

With such a variety of opinions about marijuana it can be hard for some to answer the question where do I stand. They seek information from those around them, on the information super-highway, and some experiment. It is important to have factual information with real data available to develop a well rounded opinion.

Search out the science, check the facts, and read the truth stories which can help you decide where you stand. You have a right to form an educated opinion. Drive safe, never impaired.