Taking a Liberal Stance on Cannabis

Many Americans across the nation believe the government has created so many laws that they are contradictory at least and infringing on civil and human rights at best. When it comes to cannabis those who believe in the freedom to consume cannabis have a variety of reasoning. 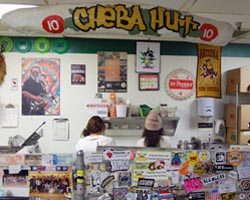 The people who are most liberal about cannabis believe in a truly free society; “the pursuit of happiness” at the very least and some extremists (about 1%) take cannabis to the religious freedom level.

For most in the category, freedom believers, the basic principles which founded this country apply to cannabis and those who consume it. Politically, they will reference states rights. They believe in the right to privacy in one’s home. They believe in the right to choose what goes into their bodies, i.e. medicine. This group believes that people have a Human Right even a Humane Right to cultivate, consume, and conduct transactions in a safe free open market system.

Freedom to choose is at the core and safety is the responsibility of each individual. Not driving impaired is a key issue for everyone in the cannabis community. Because roadside sobriety testing for marijuana is only in the development stages the discretion left to law enforcement is immense.

Those who believe in cannabis freedom also want a safe society. They are encouraged by the prospects of medicinal cures. The current products such as Charlotte’s Web and Rick Simpson Oil provides hope to millions of patients across the nation. The key factor of safety is a priority and the cannabis community encourages people to drive responsibly.

Believers in cannabis freedom may or may not be users. There are some who support the battle to legalize it even though they do not use it. This group wants to know that should they need or want access they would have it. Should they find out they have cancer they want the choice between chemo and alternative therapy. It’s about choice.

Doctors across the country have held their tongues for years out of fear due to repercussions from the FDA. Now, even legislatures are taking up the issue. The issue of cannabis freedom is not going away. How people will adapt as cannabis reform moves forward is the question.

Information is the key to any good decision. Taking a look not only at viewpoints and opinions but also facts is a good way to determine what your opinion will be moving forward. The unfortunate nature of what happened in the early 1900’s, and throughout history, still effects how people perceive things today. Viewpoints will continue to change as we move into the future.