Stephanie Annis is a gifted writer, photographer and activist living the Crohn’s life. Diagnosed with Crohn’s disease as a young adult Stephanie refused to accept an illness could keep her from her dreams. She does not recall a moment in her life when she didn’t have some knowledge of cannabis; though it was a loosely kept family secret. Her knowledge, experience, and research has spanned at least ten years. 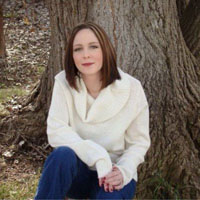 Stephanie’s story was first publicly told as a patient profile for Proposal 1, Michigan’s 2008 Medical Marijuana legalization ballot initiative. It passed, and legalized medical marijuana in Michigan. In 2010 Stephanie was invited to speak at the First Michigan Caregiver’s Cup at the Marriott in Ypsilanti, MI.

Stephanie pursued her education while living the Crohn’s rollercoaster. Stephanie choose medical marijuana for every paper, project, or speech the teachers allowed. Her classroom presentation about Marinol, pharmaceutical delta-9-THC, prescribed by doctors and approved by the FDA was a memorable highlight to all present.

Stephanie started out writing content for news blogs, charging a penny a word. Stephanie’s numerous blog posts have been picked up and circulated by news organizations such as the Kansas City Extra and the Cincinnati City Magazine.

When patients and dispensaries were attacked for patient to patient transfers Stephanie was asked by The Green Planet and Attorney Dennis Hayes to submit a statement for the Ann Arbor Medical Cannabis Guild, Inc. which appeared in a Michigan Supreme Court brief.

Stephanie Annis wrote a column for the Indoor Gardener after winning an essay competition in 2010. Through her Indoor Gardener columns she provided useful tips and fun stories.

Her medical marijuana activism peaked in 2012. In the spring, she was invited to speak at the 2012 Ann Arbor Hash Bash at the University of Michigan. Her message was simply; patients want a “SAFE FREE OPEN MARKET.” In December 2012, Stephanie was featured in Culture Magazine Profiles in Courage segment.

In September 2014, Stephanie moved to Las Vegas and began working as a freelance writer and photographer for the Las Vegas Business Press. Stephanie regularly writes the Executive Snapshot and occasionally writes the Giving Back segment.

Most recently, Stephanie covered the 2015 Women Who Mean Business awards for the Las Vegas Business Press. She interviewed and photographed several honorees’. The profiles were printed in the Review Journal and read as the women received their awards. A photo taken by Stephanie the night of the event appeared on the Front Page.

Stephanie published a blog called StephanieAnnis.com to share her columns, poetry, photography, and the beauty she finds in her new hometown, Las Vegas.

Open4Cannabis is proud to welcome Stephanie as an expert author on medical cannabis.